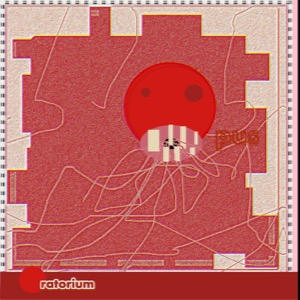 Reviewer: pliorius - favoritefavoritefavoritefavoritefavorite - October 19, 2016
Subject: yeah i know it sucks
"If there was a recipe for a dream team then the ingredients would probably just consist of Marrach , Bad Poet & Chtin Mara as with this collaboration they will for sure leave a long lasting psychological audio impression; in fact I was so impressed that someone needed to press me out – back to my normal human form.

Seriously what these three people had created here will be very worth to dump your ears in; it’s damningly original and with that comes not only joy, but also inspiration. These three collaborators are basically muses waiting for you to be inspired by!

You really should just hear it with your own ears, but as you are clearly still here with me, let me try to explain a bit what you could expect when going for this very interesting release. It’s pretty weird, but it’s a very cool kind of weird, they call it ‘trip-step’ but it’s hard to define what and if there is a real genre out there covering such blend of thrilling stuff.

I’m not entirely sure who is responsible for what on this release, making it basically a bit like the three musketeers; all for one and one for all. I guess the bad poet is providing the vocal narrative within these tracks. Think of the awesomeness of the story telling of Linton Kwesi Johnson’s ‘bass culture’ but then entirely played out in an autistic aural scape in a psychologically twisted, probably psychotic artistic brain. Think of brilliance that is fairly touched and coughed up by a world of imagination. It is pretty much the best you will probably hear all day!

The bad poet voice has this calmly over it, sophisticated, insane, coming from all kind of ways, whispering horniness and details about voyages of surviving with anxiety. His words seem to be manipulated with machinery, making it even more paranoid and fun; I’ll tell you that it will be a very exciting listen when you tune into this collaboration of the brilliant (or insane?) muses.

The artists provided some track details that I would like to share with you, as I believe they are quite helpful in getting an idea of ehat they are about.

“‘habitus poeticus’ on eternal male poet obsession with parts of female
body and the imagined physics of its potential for delivering the existence
from its conflicts.”

Music wise you could expect drum, rhythm and super sexy weirdness drooling over hour glass shapes with out of the blue round sounding bass that are setting the shapes and sizes of the obsessed and imagined body parts. It’s like listening to real life fantasies popping up out of the poet’s mouth accompanied by dominant whooping horns and thrilling undertones. What could and would the poet and friend do to something they are so obsessed with if they ever get the permission to engage in these feelings? Somehow I see them here channeling the characters of Clockwork Orange.

‘*in lexus eternum’ – is about dealing with anxiety and panic (lexotanil is ananti-anxiety drug).*

This track is a marvelous tool for people who do not suffer from anxiety to actually go through an anxiety episode in music form. It’s of course a must hear (being insanely intense and a somewhat educational experience). From the beginning you can hear the anxiety kicking in; you feel the fear of opening the door and stepping into the world that waits outside with its people. It gets expressed with carefully brought frightening details making you feel like a panicked person looking left and right from paranoia.

Luckily the pills are kicking in (making the world smaller as it is) and they sound so cool and jazzy; the drug is like a blessing making the anxiety going away. Like this the music is ready to face the night and nothing will stop it until a panic attack kicks in once again and you’ll wake up from an unconsciousness state somewhere on a unknown floor. Don’t poop your panties as this insane psychedelic psychological jazz attack is intensive and cool at the same time!

“‘amor sonus’ – based on opening theme of e.varese’s ‘arcana’ and build around the story of his life (including quotes i found of his)”

It is like an autistic psychedelic story told by voice, brass and drum. It’s bringing a wicked feel into its storytelling of the highest order, think of a energy that is sleek and full of slick brewing horn sections. Material that can be easily used for blowing up the premises with miraculous drumming and melodious surprises that roll exceptionally! It’s dope for the aural lovers!

“‘de corpora mali’ – of body as space/place for things that are alien, but also can transform it.”

This one is filled with deep expression, dark undertones & worldly barks of slow mysterious banter. Think of electrocution through bass and walking through the mountain like an elephant. Yes, that’s right: Walking THROUGH a mountain. It’s like hearing an grotesque alien unfamiliar with the boundaries that we experience here on earth.

“‘argumentum humanum’ – of continuous dark blue history of human movement around the existential hole, which is – being disconnected and yearning for community.”

Uh… I mean this description should probably tell you all that you need to know! You are dealing here with indescribable (but hearable!) awesomeness at its original finest! Highly recommend to tune in."